Founded more than three decades ago, Stocchero Attilio & C. s.r.l. of Verona, Italy, is an experienced exporter of an extensive range of quality stone products

It only takes a few minutes after stepping on to the premises of Stocchero Attilio & C. s.r.l. in Verona, Italy, to realize the company runs a top-notch operation. In addition to its impressive inventory of natural stone material, the factory is equipped with state- of-the-art machinery, which allows Stocchero Attilio to manufacture the high-quality products its customers have come to expect.

Established in 1983, the company is owned by Giorgio Stocchero, who was introduced to the stone industry in his youth. “This company was started 35 years ago,” he said. “I started when I was a student studying in 1985. I then would spend a half day in the military and the other half here [at the company.]” 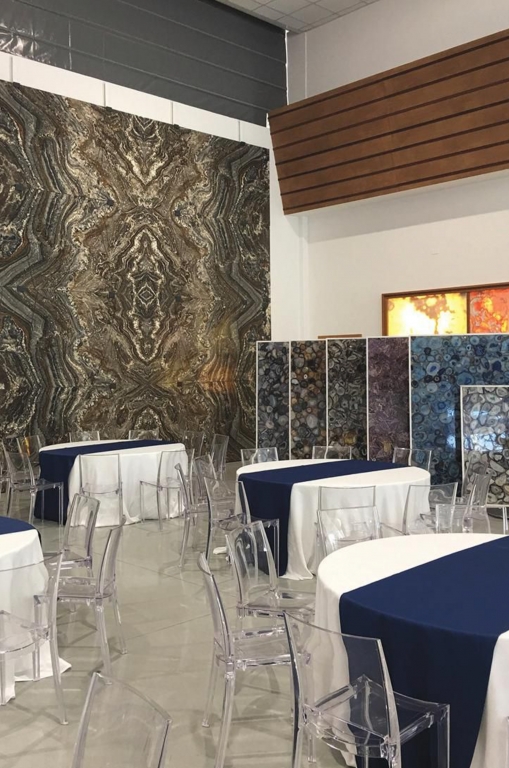 Stocchero continued to explain that his father, Attilio, started in the stone business in 1965. Initially, he worked with his brother and brother-in-law, who then after a year went out on his own and founded Cereser Marmi S.p.A. “My father still comes and checks things out almost every day,” said Stocchero.

Currently, the U.S. market accounts for approximately 35% of Stocchero Attilio’s exports. Stocchero explained the company has relationships with distributors in some parts of the country and in other parts, fabricators are directly importing its material.

“When I started in 1985, we were mainly operating in the European market – Germany and northern European countries,” said Stocchero. “In 2005, we started to produce big volumes to the U.S. We do a lot of work in California and Florida.”

With such a high market demand, production at the company is always buzzing. “Every day there is a lot of activity,” explained Matteo Vicenzi, who works for the company. “We can have eight to 10 blocks come up a day, with 20 trucks and four containers of slabs going out.” In addition to the U.S., Stocchero Attilio exports its material around the world.

A total of 240,000 square meters of cut slabs are maintained in inventory at the facility, in addition to the stock of raw blocks. There are two more modern display areas – one for special marbles and one built last year for the most exclusive quartzites. “We have around 500 stone types,” said Vicenzi. “We are always in development with our offerings and technology, and it cannot be otherwise. We have people continuously going around the world discovering new materials.”

With so much material stored at its facility, Stocchero uses a digital system to keep everything organized. “Every slab has a barcode and gets scanned during the manufacturing process so we always identify them internally and afterwards we can show them all in detail to our customers,” explained Vicenzi.

According to Vicenzi, ceramic and sintered compact stone slabs have become in high demand, particularly in Europe. As a result, the company has been an official dealer of Lapitec for the past six years. 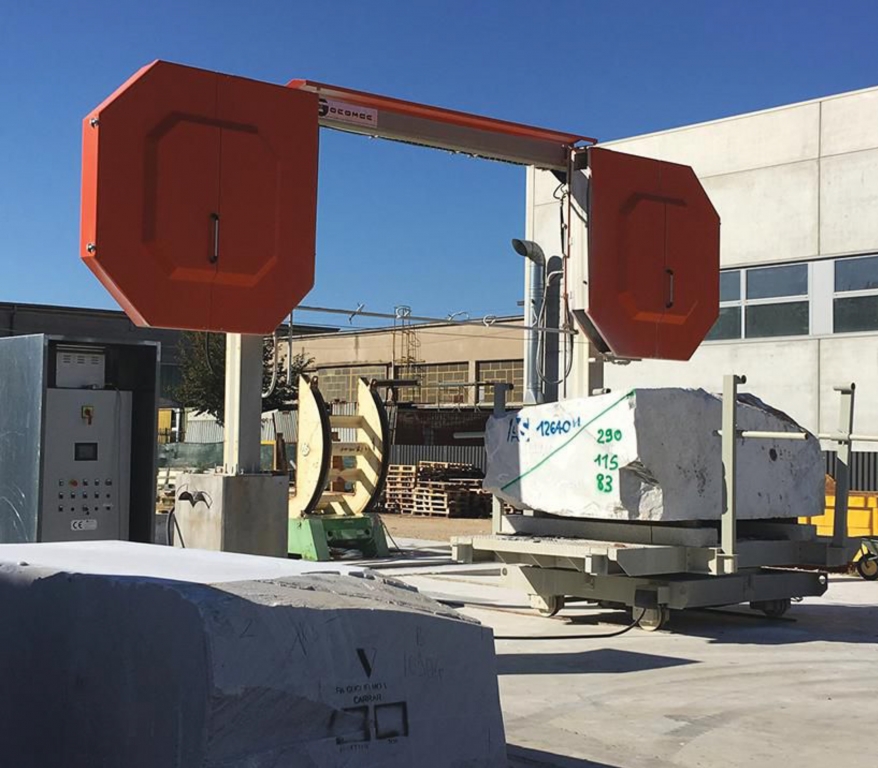 The production facility is equipped with three granite polishing lines, two Breton and one Simec with its additional calibrating line, as well as a Breton polishing line for marble. Tenax glue is used for filling the marble slabs. “Using Tenax products is a logical cooperation with a worldwide recognized leading company in the field of glues and resins,” explained Vicenzi. “Moreover, there is a long story of friendship between the two owner families.”

Additionally, the production facility houses two resin lines. “A couple of years ago, we got a Breton resin system, which is more suitable for more fragile and difficult material. The resin goes deeper thanks to a vacuum system” said Vicenzi. The company relies on Tenax bicomponent resins to fill and strengthen its slabs.

The newest addition to the production lineup is a Pedrini B460MW resin line – complete with a robotic arm. “It’s a very modern microwave system to grant the best result,” said Vicenzi, adding that Tenax epoxy is used for the machine. “The resin process is very important these days. It’s for sure as important as the polishing itself.”

With such an arsenal of equipment, Stocchero Attilio is prepared to meet client demands. With the whole store and the two large showroom areas for all of its finished slabs, customers are welcome to view all of the products. “We have the capability to produce large quantities in a day, in several materials, and of course, we must be able to offer and show all of it to the widest range of customers” said Vicenzi